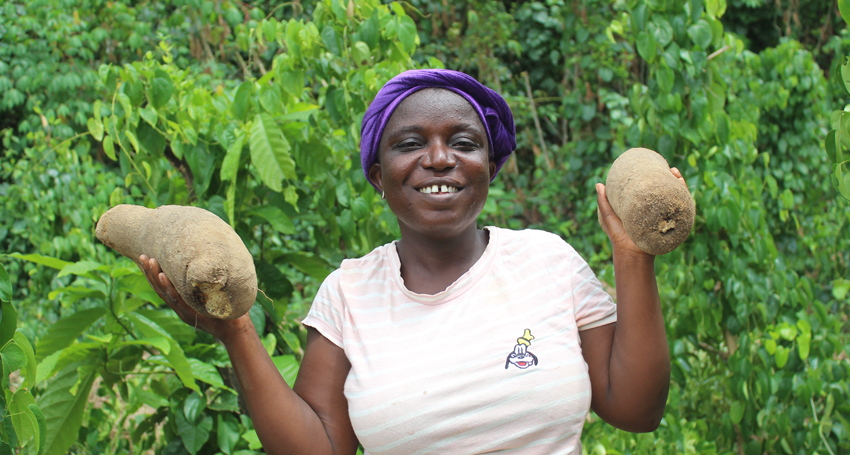 For many smallholder cocoa farmers in Ghana, access to nutritious food, decent housing, good health care, etc., remains a challenge due to low income from cocoa production. WAY TO GO project was initiated in Ghana to support smallholder cocoa farmers within Konongo society of Kuapa Kokoo to improve their income through improved productivity of cocoa, income diversification and improved access to finance. This will enable these farmers to afford decent livelihoods for their families. The project is funded by Lidl International and jointly implemented by Rikolto International, Kuapa Kokoo Farmers Union (KKFU), Fairtrade International and Fairtrade Africa. Soap making, bee keeping, rice and yam production, access to pruning and spraying services and facilitating access to finance through Village Savings and Loan Associations (VSLAs) are interventions being run under WAY TO GO. The project has so far supported 870 (made of 526 males and 344 females) farmers from 10 zones within the society. In order for interventions to become viable businesses, beneficiaries were supplied with start-up items as business capital which was coupled with skills development trainings such as good agricultural practices, marketing strategies, record keeping to mention but a few.

Within the first year, 87 famers made of 12 males and 49 females are into small scale production of handwashing soap, bar soap and shower gel and a total revenue of GHC24,760 has been realized. 22,511 tubers of yam has been harvested from plots of 49 farmers out of which 60% has been kept for replanting in the next season, 33% for household consumption and 7% into sales. Out of Four thousand, eight hundred and twenty five kilograms (4,825Kg) of rice harvested by 13 farmers, 250kg has been consumed at the household level. A revenue of twenty two thousand, eight hundred and seventy five Ghana cedis (GHC 22,875) has been realized. 21 apiaries have been set up for bee keeping/honey production and first harvest will be due by end of March 2021. A total of fourty three (43) persons were mobilised and provided with training on safe use of pesticides, pruning and maintenance of pruning and spraying equipment. Participants were selected from seven (7) zones and each zone provided with four (4) set of pruning and spraying equipment. Three hundred and eighty nine (389) farmers have so far received spraying services from the project with seventy nine (79), representing 20% of the beneficiaries being females. Startup toolkits has been provided for 14 VSLA groups within all 10 selected zones. 306 farmers are currently enrolled in the VSLA with 152 males and 156 females and an amount of GHC 64,671 saved so far by farmers. (48%) of the loans received were invested in household needs such as school fees, health, food etc, 36% invested on farm inputs and 16% invested on other personal businesses. 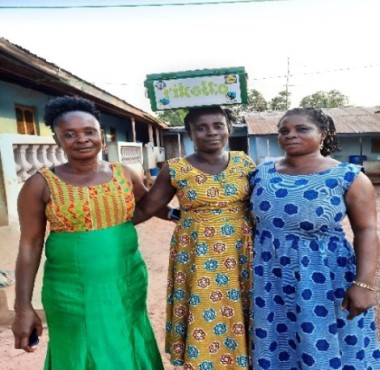 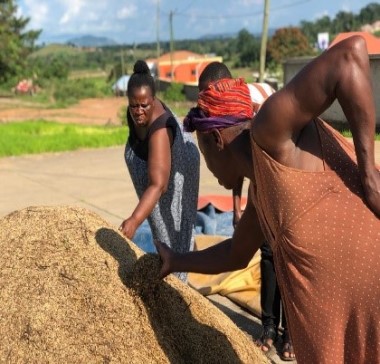 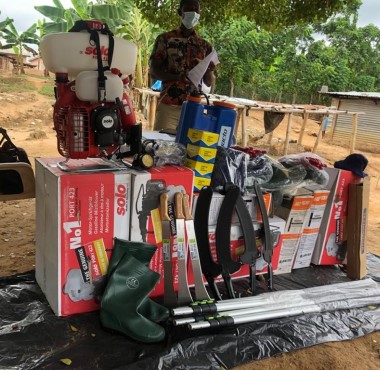 This Project has so far improved knowledge of farmers on the benefits of having an alternative income source that serves as backup in times of family financial crisis. Yam and rice production for instance was merely cultivated as a subsistence crop within selected zones. Through the project, farmers are now able to plant on a large scale which is not only going to serve as food for the household but also source of income. Through training on safe use of pesticides and equipment maintenance, pruning and spraying service scheme as an SME will not only improve yields and quality of cocoa, but also provide employment opportunities for the youth within the zones. Savings culture and financial management decisions have been instilled in farmers through VSLAs. With women forming majority in interventions such as soap making, rice production and VSLAs, they are able to contribute to decision making processes at the group and household level. 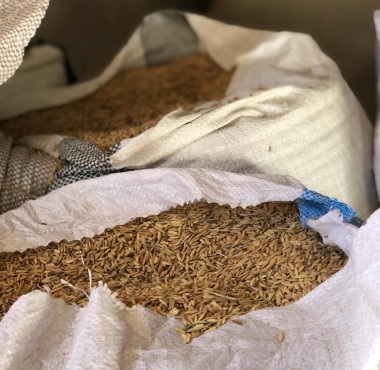 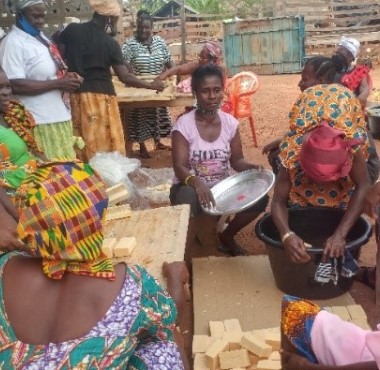 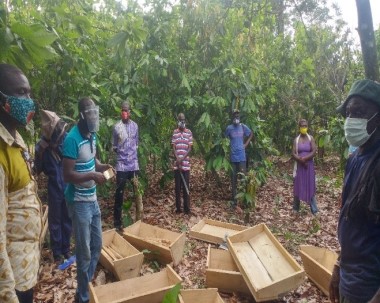