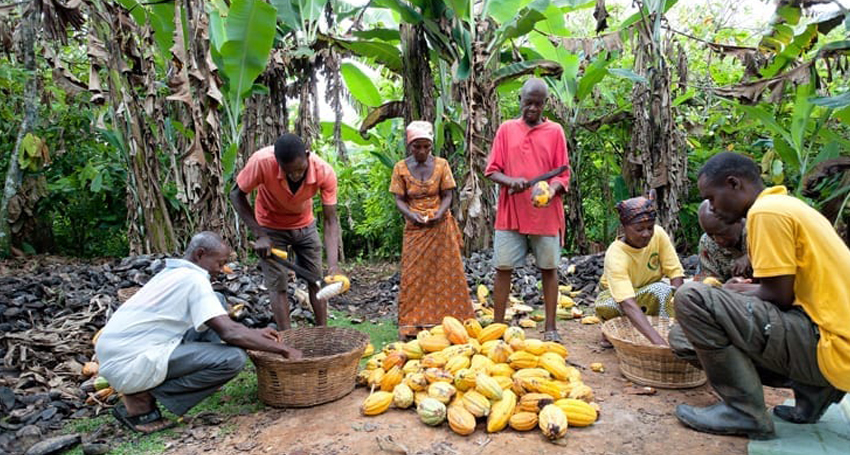 In 2013, Kuapa Kokoo Farmers Union agreed to introduce a written agreement between landowners and tenant farmers that will bind the two parties to meet good standards of practice and behaviour and also protect their rights. The agreement is a process to address a growing cocoa market concern regarding the use of labour in supply chains, with focus on the treatment of hired labour in the industry. The project is supported through the Divine Producer Support and Development (PS&D) Programme and assisted by Twin (UK).

The project began in January, 2015 on a piloting phase. After a successful completion of the pilot phase, the Kuapa Kokoo Labour Rights Project (KKLRP) had enhanced labour rights issues and made Tenancy Agreement templates available to 23 zones in 13 societies in 6 cocoa regions of Ghana (130 agreements in place by the end of the piloting phase of the project).

Labour rights committees were formed to steer the activities of the project in the various zones (communities) which includes, sensitization and awareness creation on labour rights to the communities; mediation on labour conflicts between farm owners and tenants; trainings and advocacy drives.

Kuapa Kokoo Labour Right Project (KKLRP) has embarked on a roll out to other Kuapa communities, based on the following criteria:

The roll-out is for a four (4) year period and intends to target about 2000 farm owners who engage tenants in 252 zones in 10 selected Kuapa societies. This phase has started from Wassa Akropong and Dadieso societies reaching out to farmers in all the 62 zones.

The main objectives of the rollout phase is to enable Kuapa members and their tenants to have a tenancy agreements in place to enhance their rights and have their interest protected. It’s also expected to develop and adopt a policy document on tenancy labour rights for Kuapa Kokoo members.